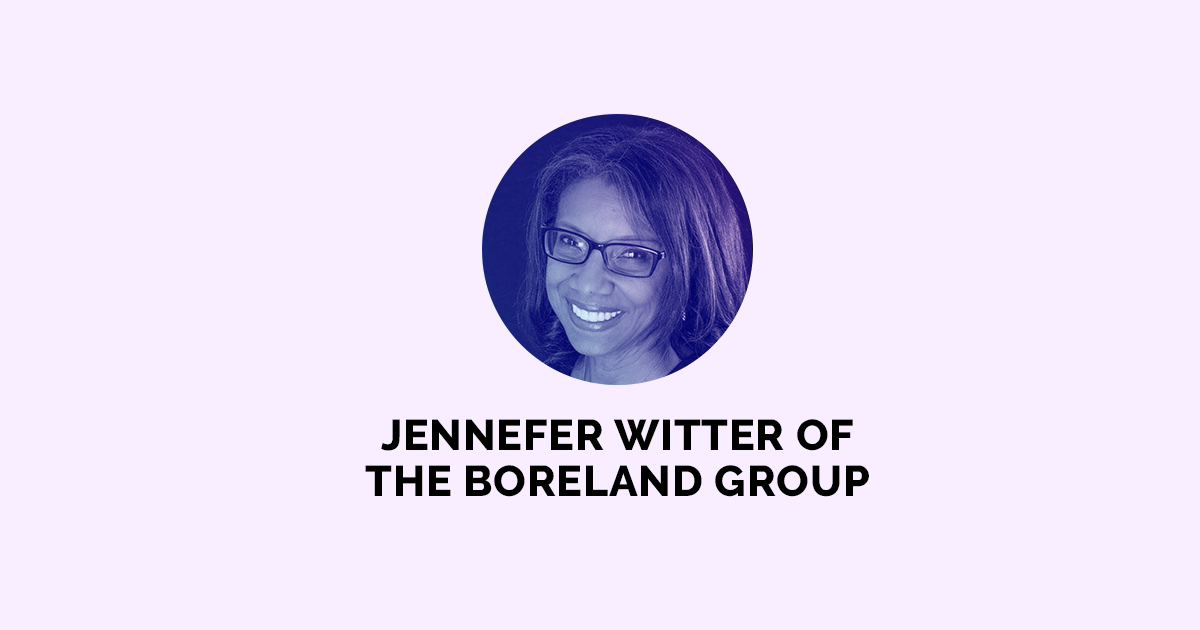 “Keep moving forward, one foot in front of the other.”


You’ll learn this and many other pearls of wisdom in our episode with Jennefer Witter, CEO and Founder of The Boreland Group and one of the nation’s top 10 black CEOs and entrepreneurs, according to MadameNoire. Self-care is critical — something Jennefer learned the hard way — as is self-promotion. She also shares the many benefits of authoring a book and simple ways that even introverts can network effectively. 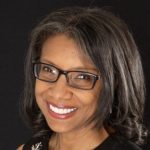 Jennefer Witter is the chief executive officer and founder of The Boreland Group Inc. (TBG – www.theborelandgroup.com), a sixteen year old boutique public relations firm headquartered in New York City. The agency specializes in corporate and executive visibility, with a ‘sweet’ spot in small business. It was selected by TheStreet.com as one of five national, black owned businesses “making a buzz”. Witter was named one of the nation’s “10 most successful black CEOS and entrepreneurs” by MadameNoire Magazine.
Jennefer is the author of “The Little Book of Big PR: 100+ Quick Tips to Get Your Small Business Noticed,” published by HarperCollins. She has appeared in The Wall Street Journal, Fast Company, the Associated Press, TheStreet.com, Bloomberg Radio, MarketWatch Radio Network and Crain’s New York Business. She has been profiled by The Huffington Post and The Amsterdam News. Her articles have appeared in Forbes, Business Insider, AMA Quarterly, and numerous small business publications. Previously, she was the public relations expert for Inc.com TV and a contributor to AOL Small Business.
Jennefer is an active public speaker, with presentations to military, trade and academic venues on regional, national and global platforms, on unconscious bias; gender-based workplace conversation; and public relations, communication and professional growth topics. Venues include: The Pentagon; The Brookings Institution; Pennsylvania Conference for Women; the Virginia Business Conference; The Sea Service Leadership Association’s Annual Symposium; Vital Voices Global Ambassadors Program; Ellevate Network; Columbia University; American University; Fordham University; and the Women’s President Educational Organization. She is an instructor at the 92Y in New York. Jennefer was the keynote speaker at Brown Brothers Harriman’s “Women’s Summit”; Women in Cable Telecommunications DC/Baltimore Chapter; and The Communication Leadership Exchange’s Annual Conference.
Jennefer is a passionate advocate for women in the workplace. She is an active member of Ellevate Network, a global networking organization for professional women, and serves on the advisory board for Women inPower, a 92nd Street Y led venture that seeks to support and promote senior level professional women to C-level positions. Jennefer is the Diversity Fellow and Executive Mentor at M Booth, the #1 ranked mid-sized public relations firm in the United States.
Jennefer was formerly a vice president at Ketchum, an award-winning global communications firm. There, she launched a sub-practice that generated one million dollars in revenue in its first year. She has represented numerous corporations throughout her career, from Silicon Valley start-ups to Fortune 500 companies, including IBM and FedEx.
Jennefer holds a Bachelor of Arts degree in Communications (Print Journalism) from New York City’s Fordham University. While at Fordham, she worked at WFUV Radio, which was then student run. She produced and hosted the weekly black public affairs program, “Out Front.” Jennefer received a Regents Diploma from Brooklyn Technical High School, one of the country’s premier STEM schools. 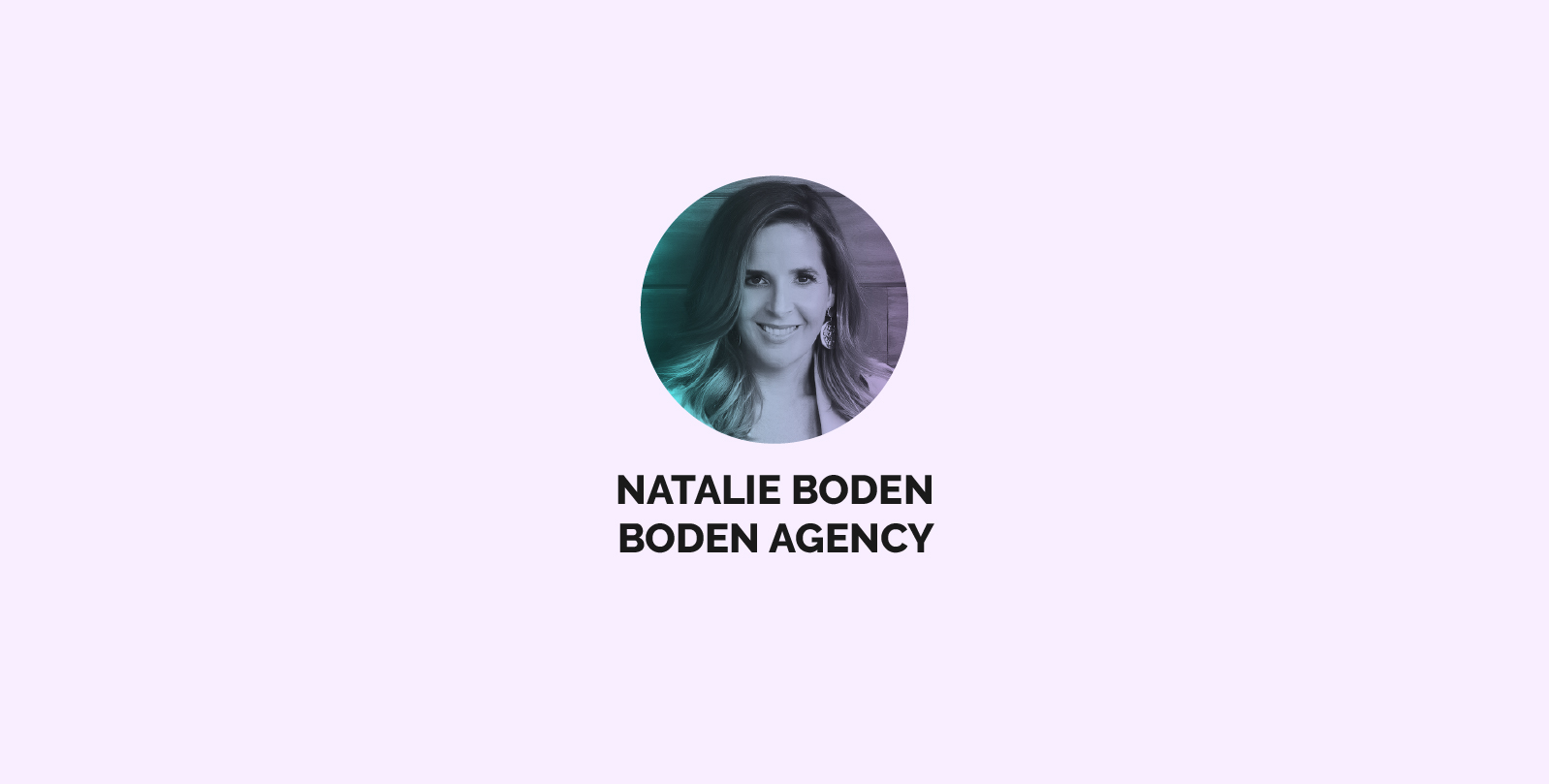 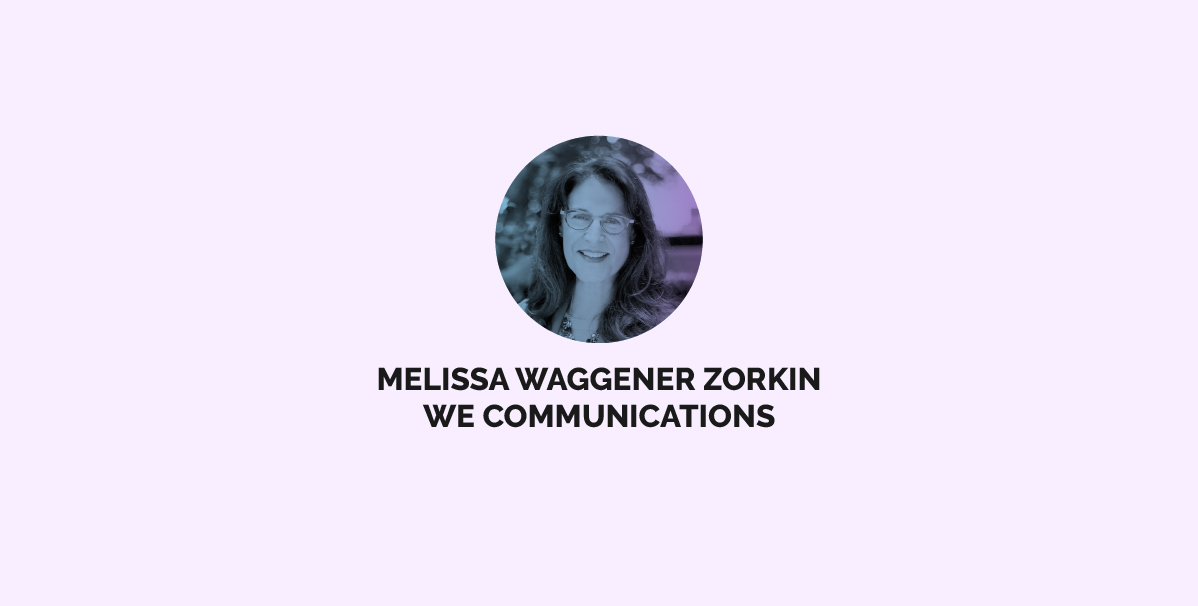 Episode 51: Building a Global Agency is an Epic, not an Episode