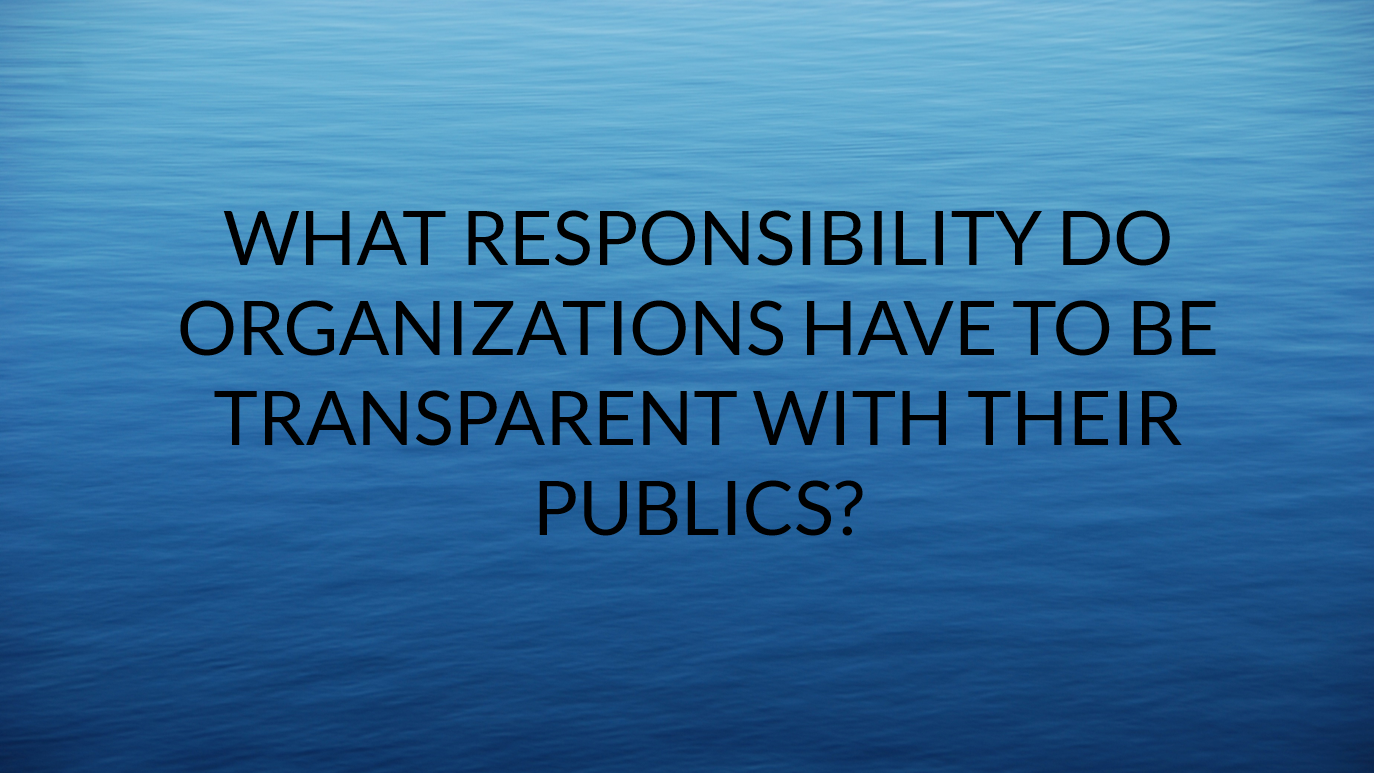 Now transparency is increasingly a responsibility.  Here are three reasons that move from defense to offense:

Industry icon Arthur W. Page believed that long-term success requires the trust of the public and the best way to earn it is to deserve it. Transparency is now a requirement to earn trust and if you’re going to be transparent you have to behave in a way that stands up to the scrutiny.