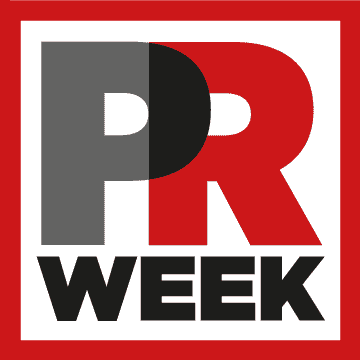 CANNES, FRANCE: The Cannes Lions International Festival of Creativity will implement several fixes next year amid grumbling from the marcomms industry.

To reduce overlap among Lions, the festival will gut more than 120 subcategories and retire the Cyber, Integrated, and Promo & Activation Lions. It is also grouping related Lions through a track-based system. The PR Lions will sit within the “Reach” track, alongside Creative Data, Social & Influencer, Direct, and Media. Most of the creative disciplines, meanwhile, are housed within the Comms track.

Reach is defined as the track “celebrating the insight, strategy, and planning that enables brands to effectively reach consumers, at scale, in the ongoing war for attention,” according to Cannes Lions spokesperson Mark St. Andrew.

The festival has created six other tracks: Craft, Experience, Innovation, Impact, Good, and Health and Entertainment. Charity and NGO will be separated from brand-led comms by 2019 or 2020, the organization said.

The festival will launch three Lions next year: Brand Experience & Activation, Creative E-commerce, and Social & Influencer. The Craft categories within Print, Outdoor, and Design will be removed from the group and a dedicated Industry Craft Jury will judge them.

The Festival has also capped the number of entries for the same piece of work at six and changed its point system to give additional weight to top award winners. Appearing on a shortlist or winning a Bronze Lion will continue to reward an entry with one and three points, respectively. Points for a Silver Lion will increase from five to seven, while points for a Gold will jump from seven to 15. The reward for winning a Grand Prix will increase from 10 points to 30, while a Grand Prix in Creative or Effectiveness will net the winner 35 points instead of 12.

The organizers have also shortened the festival to five days, June 18 to 22, 2018, and rolled out cost-savings measures. Cannes Lions will reduce the cost of a Complete Pass by €900, and offer a fixed price of €80 for a taxi ride between Nice’s airport and Cannes, as well as giving away 656 free Young Lions passes to offices with 15 entries or more.

For six months, the Cannes Lions award team shaped the PR Lions category with a PR committee made up of handpicked members. This group helped to create the new definition to “explain the kind of highly creative work that is suitable for the category, taking into consideration the breadth of modern PR briefs and at the same time highlighting what differentiates the discipline from advertising,” St. Andrew said, via email.

Over the last four months, the event’s organizers have negotiated with stakeholders including PR Council president Renee Wilson, who “applauded what the festival has put forth.” Wilson has been on two PR juries at Cannes, and served as jury president in 2014.

“However, I always want more for our public relations industry, and there will be more information to share regarding the 2018 entry forms, sub-award categories, jury selections, etc., that will influence how our industry can compete next year, as well,” she said. “At the end of the day, I believe the global marketing community will eventually understand more the importance of our industry, and we will play an even bigger role at the Festival.”

PR’s historical underperformance at the awards, including in its own category, has long been a pain point for the industry. In March, the Festival introduced several fixes for the PR Lions after communications agencies were again overshadowed by creative shops in nearly every category in 2016.

Major holding companies have also lodged complaints about the Cannes Lions since last year’s festival. In June, Publicis Groupe said it would sit out the 2018 Lions and instead focus on implementing its Marcel artificial intelligence platform. WPP CEO Martin Sorrell has also complained that Cannes has “lost its focus” and became “too much about making money,” adding that he and other holding company chiefs have questioned the cost of the event.

This article originally appeared on PRWeek.com.