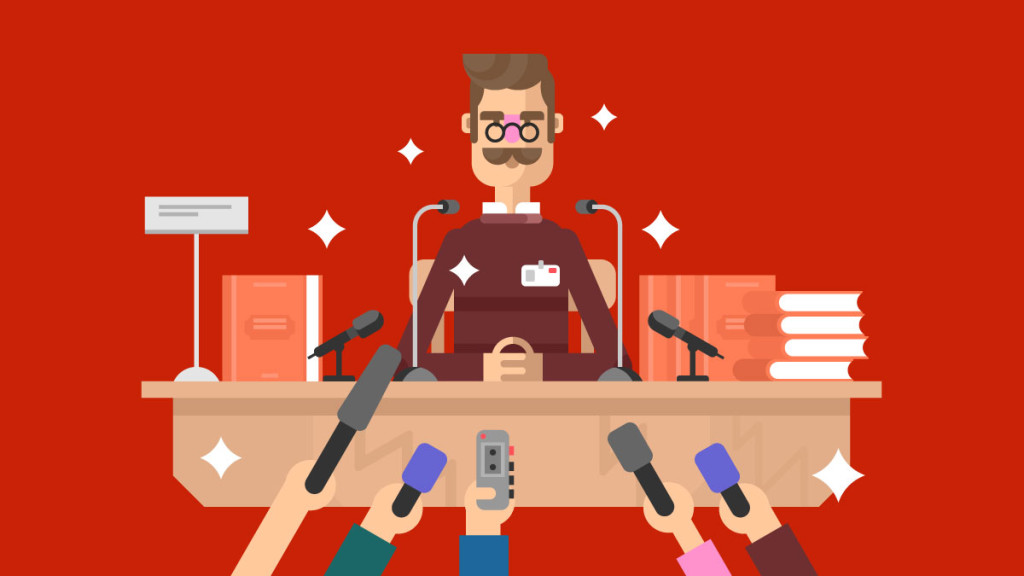 In a series of conversations leading up to the U.S. presidential election, Christopher Graves, a recent Rockefeller Foundation Bellagio resident honoree for behavioral science, global chair of Ogilvy Public Relations, and chair of the PR Council, and Steve Simpson, chief creative officer of Ogilvy & Mather North America, dissect and debate the candidates’ communications and marketing strategies and techniques.

Graves: Steve, which do you think is the most powerful way to convince skeptics to change their minds, whether they’re choosing between brands or political candidates?

Simpson: I’d like to choose “all of the above,” but if I do, I have a feeling you’re going to set me straight.

Graves: It’s true that they’re all important, but if you don’t get the messenger right from the very start, your audience will reject everything else. This is especially true when it comes to highly charged situations like political campaigns. And it can be very effective when that trusted messenger, who comes from the same group as the audience, startles that audience by adopting the point of view of the opposing group. It’s really easy to dismiss the enemy when they hold an opposing view, but it’s unsettling when someone from your own trusted group surprises you by adopting the enemy view. Research has shown when this happens it can reduce polarization.

Hillary Clinton’s campaign has launched a wave of ads in which “convert communicators” — in this case, people who have defected from the Republican party — explain why they switched their allegiances. The intended audience is Republicans, not Clinton supporters.

The first ad was a remake of a spot called “Confessions of a Republican,” from the 1964 Lyndon Johnson campaign, featuring a lifelong Republican named William Bogert who avowed he would vote for a Democrat for the first time. The Clinton campaign tracked down Bogert 52 years later to remake the same spot — this time against Donald Trump. In the original you can see Bogert struggle over his deep, personal Republican identity coming into conflict with the rise of Republican candidate Barry Goldwater. Goldwater turned off moderate Republicans with his opposition to the Civil Rights Act, his endorsement by the KKK, and his jokes about lobbing nuclear weapons at Russia.

The original feels authentic. Bill Bogert squirms and thinks out loud, baring his conflicts and misgivings. But when he performs the same mannerisms half a century later, it feels a bit phony, like the revival of an old Broadway play.

Simpson: “Confessions of a Republican” is a powerful idea. But I disagree that the original felt authentic. I don’t think it was executed well — either in 1964 or in 2016.

The testimony of converts only works when it feels absolutely true. And this is where both the original and the remake miss the mark. The concept of these commercials requires genuine and verifiable testimony. But the creators hired an actor — reportedly with the caveat that he be a Republican, but an actor all the same. In this case, the techniques of making commercials got in the way of the message. The idea deserves documentary plainness; instead, the creators went for an overwritten and theatrical fluency. It felt too much like the actor was dazzling us with rehearsed spontaneity instead of delivering what he promised: a real “confession.”

So, in a year when so many authentic Republicans — who are willing to be named — are abandoning Trump, the Clinton campaign’s homage to the old ad feels self-indulgent and too clever by half.

Graves: Well, her campaign didn’t stop at the remake. They also launched four new ads based on convert testimony.

Simpson: Right. Each ad in the series highlights an example of Trump’s statements and behavior as motive for conversion. Doug Elmets fears his kids will grow up in a more divisive world. Robert Kearney, an army veteran, worries about the example Trump is setting for his three daughters. Jennifer Kohn, the mother of an autistic child, condemns Trump mocking people with disabilities. And in the grand finale, Cindy Guerra, a former party official in Broward County, Florida, suggests that this is no longer the party of Ronald Reagan. Photos of Reagan appear more than once in these commercials to remind us how far below an acceptable standard Trump has fallen.

Taken together, the argument of this series of ads is to convince disaffected Republican that there is a higher loyalty than party loyalty. As Kohn says, “I’m a Republican, but this election is so much bigger than party.”

There is nothing in the technique of the commercials — no overwrought music, no tricky film angles or editing — that gets in the way of the plain sincerity of this message. And the anguish of the convert is real because the people are real.

Brands can use this approach in advertising — as long as it is authentic. Apple hired the great documentarian Errol Morris to film its 2002 “Switchers” campaign. The spots showed real people venting their frustrations with Microsoft Windows and praising, in a natural, unscripted way, the ease and simplicity of Macs.

This worked for Apple because it was built on a double truth: First, millions of people were exasperated with the clunkiness of Windows. Second, the stories were told by people who were chosen precisely because they didn’t look like people who appear in commercials. It’s true that we don’t feel the angst of their defection, but they are talking about a computer, after all, not the fate of the world.

Graves: Social and behavioral scientists caution that you must be careful when you use the “convert communicator” tactic. If the converts bash their own group too much, they lose persuasive powers and credibility. They must hold on to some essence of their original group identity while revealing this specific decision is about not being able to align that identity with this particular candidate.

Eric Johnson, professor of marketing and codirector of the Center for Decision Sciences at Columbia Business School, says this principle is known as self-congruence, meaning people must square their behavior and choices with their identity. How do you do that? “You tell yourself you are still a Republican but dismiss this out-of-favor candidate as not a real Republican.” Johnson also points out that successful convert communicators can give others permission to follow suit rather than feeling they are hanging out there on their own.

Simpson: Yes, the reason Clinton’s commercials are so effective is that each convert makes plain that he or she is a person of steady, consistent principles (“I’ve been a Republican all my life”) and that this defection is painful and unprecedented. Two of the four converts hedge (“I don’t agree with Hillary on everything”) before praising her intelligence and experience. But the suggestion seems to be that the decision to vote for Hillary may be a one-time thing. One can already imagine a remake of one of these commercials, four years from now, showing one of the subjects repenting his or her vote for Clinton.

Graves: This technique has also been used in health policy messaging. When the so-called vaccination wars erupted in the U.S. between parents who chose not to vaccinate their children and those who did, media sought out convert communicators such as this mother, who told NPR she felt her pediatrician’s advice threatened her identity as a “crunchy mom.”

Efforts to combat terrorist recruitment sometimes use “formers” — that is, former terrorists — who speak out against joining extremist groups. The latest report from the Countering Violent Extremism Subcommittee in the Department of Homeland Security recommended this approach. But here experts cautioned that the “former” must have arrived at their conversion through their own deliberation, not through torture.

So, Steve, it looks like the lessons for using a convert communicator are these:

This post originally appeared on Harvard Business Review on October 28, 2016.