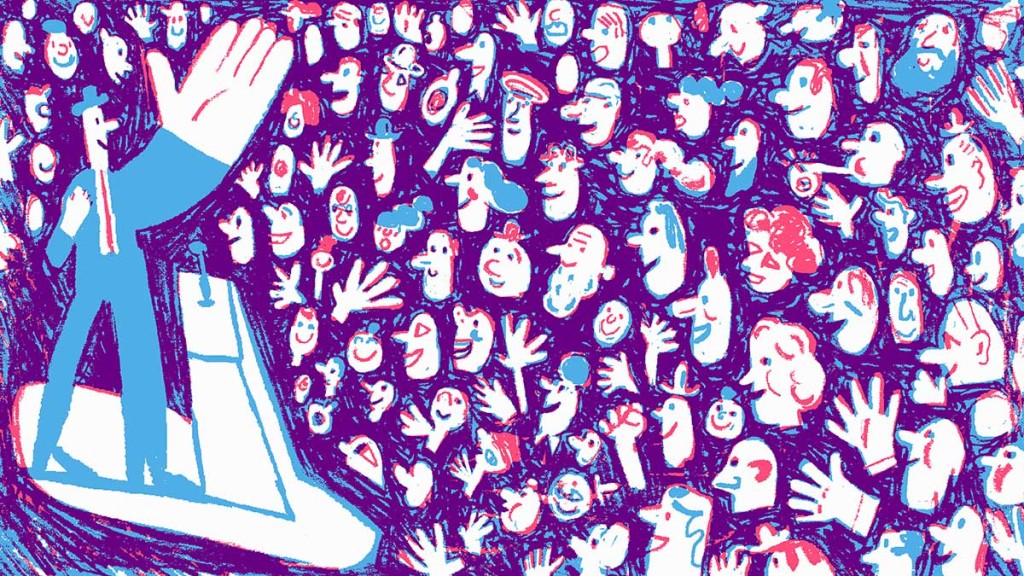 In a series of conversations leading up to the U.S. presidential election in November, Christopher Graves, a recent Rockefeller Foundation Bellagio Resident honoree for behavioral science, global chair of Ogilvy Public Relations, and chair of the PR Council, and Steve Simpson, chief creative officer of Ogilvy & Mather North America, will dissect and debate the candidates’ communications and marketing strategies and techniques.

Simpson: Hillary Clinton triggered an avalanche of criticism by saying “you could put half of Trump’s supporters into what I call the basket of deplorables.” Her comment had staying power; it provoked a stream of counterattacks by Donald Trump’s campaign and came up yet again in the vice presidential debate. The question I’m interested in is, when should your competitive strategy involve attacking not just your rival but also their followers? Can that tactic ever prove successful, either in politics or business?

Graves: Clinton’s categorization of Trump supporters as deplorable is an example of what behavioral scientists call outgroup derogation. It can be a powerful mobilizing — and polarizing — force. All humans have their ingroups and their outgroups. This evolutionary baggage defines which tribe we are safe living with, and which presents a threat. Which tribe we hope to be identified with, and which we would not want to be caught dead with.

This outgroup trash talking has long had a place in marketing, although sometimes in subtler forms. And in politics, it is nothing new. In the election of 1828, supporters of John Quincy Adams disseminated pamphlets decorated with coffins, portraying Andrew Jackson as a ruthless murderer, while Jackson supporters called Adams, a former diplomat to Russia, a pimp for the Czar.

Simpson: The use of the word deplorables is an act of linguistic outgrouping. It’s a word Adams might have used to describes Jackson’s followers. Adams and Clinton both represent an elite of long standing that’s less penetrable than a “money elite”; it’s intellectual, cultural, and verbal. Today it’s a kind of TED Talk elite: an ingroup of Ivy Leaguers, smooth presenters, and fluent talkers.

This distinction makes it less baffling that millions of economically anxious Trump supporters believe that a billionaire can voice their resentments and champion their interests. While Trump is the gilt-lettered symbol of the “money elite,” the money divide does not seem impossibly wide. By the rules of the American Daydream, any of us, through hard work or serendipity, can strike it rich. But when you, Jed Clampett, or I win the lottery or find a gusher of oil, we can move to Beverly Hills — but not to Yale.

It’s this divide that Trump’s campaign was quick to exploit, building an adaround Clinton’s deplorables comment. The visuals of the commercial make the label seem even more unfair. We see a series of scenes of newly stigmatized Trump supporters. They’re enthusiastic, diverse, hopeful — eager participants in our democracy. But over these scenes we hear Clinton’s words: “…racist…sexist…homophobic…xenophobic…Islamophobic…” The ad makes sure, for each word, to select a visual that undermines the charge. The announcer drives the point home: “People like you…you…and you.” At the very start the announcer establishes Clinton’s elitism: “Speaking to wealthy donors…” But the invocation of a “money elite” is less damaging than her arcane language (“basket of deplorables”) and dismissive labeling.

The ad finishes with a sharp contrast in language, a typical display of Trumpian language in the closing title. It reads:

In contrast to Clinton’s precise, if arcane, language of dismissal, the language of this title reflects Trump’s speeches and tweets: jumpy, hyperbolic, and just plain odd. “Viciously” is an extreme word to fling at a rival’s character and behavior. “Demonizing” is more than a Thesaurus option, deliberately summoning sin and Satan. Trump has carried us — here, and elsewhere — into a rhetorical land of no return.

Graves: There is a whole field of study related to how we interact based on whether we think we are dealing with someone from an ingroup or an outgroup. We play favorites with ingroup members and ignore or dismiss outgroups with perjorative language. But not all outgroups are equal — we especially disrespect outgroups we feel are the most unlike us. Scientists call them “dissociative” groups. Marketers try to knock a rival brand off its pedestal by forcing a connection between it and a dissociative (uncool or hated) group. This can sap a rival brand of its cool factor.

Think of the Apple ad campaign (Mac vs. PC) pitting the cool, hoodie-wearing young guy against the schlumpy cubicle weasel. It set up a clear choice of ingroup (cool) and outgroup (schlump).

Then Samsung escalated the ingroup cool factor with a campaign that portrayed Apple fanboys as cultish lemmings who had fallen behind. The final blow was seeing the usurper-of-cool guy (Samsung) give his place in the endless Apple store queue to his parents (the ultimate outgroup).

Back in 2007 Pepsi positioned Coca-Cola as a dull outsider in its “Shady Acres” spot portraying a mix-up: A retirement home receives a Pepsi shipment and everyone started dancing wildly, while a college fraternity mistakenly receives the Coke and ends up dozing over its bingo game.

In the “deplorable” case, many Trump supporters quickly exhibited what behavioral scientists call reappropriation. That is, instead of being shamed or cast out by a derogratory term, they embrace it and wear it as a badge of honor.

Just search “deplorables” under the shopping tab on Google, and you will find dozens of new garments that proudly bear the word — all made in the wake of Clinton’s comments.

Simpson: These are great examples, but Apple is still in business, and so are Clinton and Trump. The ads are not as important as the product. But they can negatively reframe the competitor and steadily erode the brand. Trump seems to know this; he complained several times during the first debate about Clinton’s negative ads. Clinton, he said, “spent hundreds of millions of dollars on negative ads on me, many of which are absolutely untrue.” He added: “They’re untrue, and they’re misrepresentations….it is not nice, and I don’t deserve that, but it’s certainly not a nice thing that she’s done.”

Maybe Trump was so agitated because he sees the outline of a broader outgrouping strategy. In serial fashion, the Clinton ads present Trump as a nonveteran who disrespects veterans and a man who disrespects women.

The way the two ads are shot and edited follows the same pattern. We see the victims of Trump’s disrespect — a WWII POW, young girls at the mirror — with great intimacy. The camera shows them close, so we can feel their doubts, anxieties, and vulnerabilities. Over these scenes, we hear Trump’s voice: loud, harsh, braying. We cut away to see Trump speaking on TV screens; the image is blurry and ragged. In both commercials Trump violates these quiet, humble private spaces. The spots wrap up with a simple poignant title: “Our veterans deserve better” and “Is this the president we want for our daughters?” Taken together, the ads begin to outgroup Trump not just in relation to veterans and women but to all “decent people.”

These ads and Clinton’s deplorables comment are direct attacks on the mental model Trump supporters have fashioned for themselves as the decent people: the ones who play by the rules and respect law and order. The ads may do lasting damage to the Trump brand because for many of his supporters, Trump is aspirational. Even if Trump supporters reject Clinton’s litany — racist, sexist, homophobic, xenophobic, Islamophobic — the taint remains, and it may make them less-enthusiastic members of the Trump ingroup.

While Samsung’s characterization of Apple fanboys may not have switched many iPhone users to Android, it may have weakened their ardor and dampened their enthusiasm for standing in line for every iPhone upgrade. Likewise, Trump supporters may never vote for Clinton, but the associations with the Trump brand might make them less likely to vote for Trump (or to admit to it) or to vote at all.

Graves: So you’re saying that showing Trump in such a dim light may sap his supporters of some of their energy? Here’s a social psychology finding that may suggest the opposite. Research found that when two rival groups feel competition heating up, they feel a “greater need for inter-group differentiation,” and because of that they prefer their leaders to go more extreme.

So, Steve, this indicates Trump supporters may want him to keep going more extreme. Hit even harder. And maybe Clinton’s supporters feel that way about her as well.

But as a brand strategy for winning over a rival’s fans, hardcore outgroup derogation presents many risks. The cases we see, whether it’s Mac vs. PC, Pepsi vs. Coke, or Samsung vs. Apple, all use humor and a wink rather than a curse and a bludgeon.

This post originally appeared on Harvard Business Review on October 7, 2016.