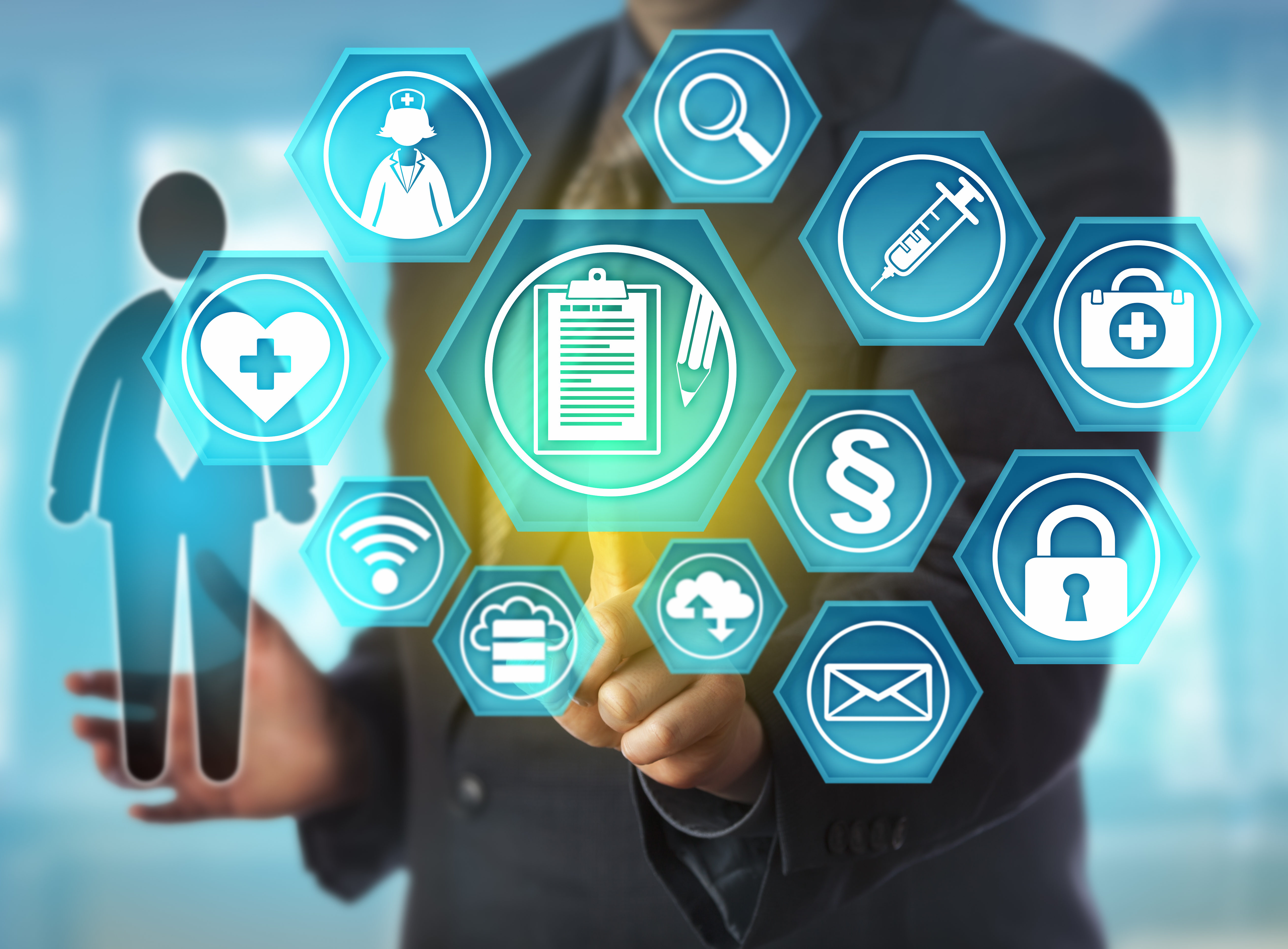 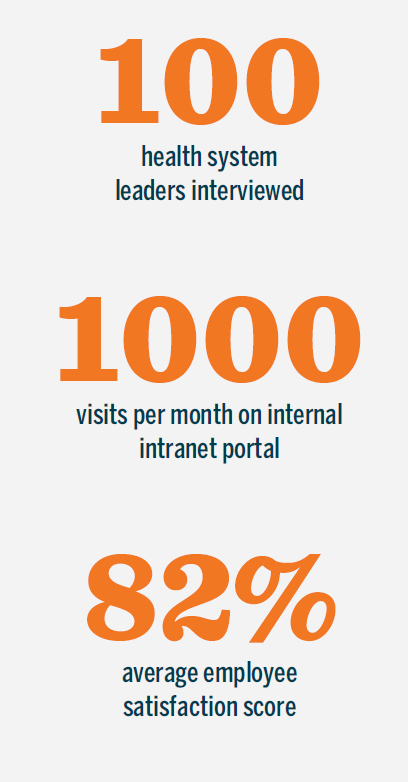 A not-for-profit public health system was growing rapidly. But while planning to announce a new trauma center, children’s hospital, cancer center and more, leaders realized that employees were suffering from whiplash, having been hit with a series of major changes that created a feeling of chaos and uncertainty. Leaders worried that without a compelling vision to bring employees on board, they would lose their way as a system.

A health system launching new initiatives realized its strategy was unclear and its communications structure was dated. We refreshed it to stand the test of time and drive the system forward.

THE SOLUTION
We began by listening. We spoke with more than 100 health system leaders over two days to learn how they perceived the organization’s strategy.
We did two things in parallel – we culled the most important pieces of the existing strategy and built cohesive branding around it. We settled on four pillars that formed the foundation of the health system’s growth goals. We turned a cloud of obscure documents into a clear, branded one-pager.
Leaders liked the concept of a compass to anchor the branding. We used it to illustrate materials we made – badges, posters and a new intranet. The intranet was crucial – we built a portal to be a reliable source of truth for employees looking for information about change. Over nine months, we leveraged these tools to explain how specific changes aligned with the health system’s purpose.
THE RESULTS
After two years, the system continues to share major announcements through the messaging platform we built. To this day, more than a thousand employees per month visit the portal.
The organization has also kept its employees engaged during significant change. About 81 percent of employees responded to the 2017 engagement survey, almost 750 more responses than the previous year. The average employee satisfaction score is around 82 percent, up from 2016. This, we believe, is a testament to a solid communications plan that informs employees and reinforces the health system’s four pillars that drive patient care.