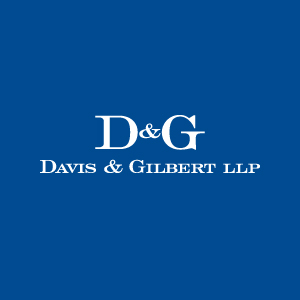 Despite the delayed implementation of the federal overtime regulation changes, employers in New York and California are still obligated to comply with state wage and hour laws governing overtime pay.

On December 28, 2016, New York passed new regulations, which became effective on December 31, 2016, and which increased the minimum salary employers now have to pay to administrative and executive employees for them to be exempt from (ineligible for) overtime pay under New York wage and hour law. In adopting these regulations, New York joined California in creating an escalating scale for minimum exempt salaries that will increase dramatically in both states over the next five years.

New York’s new regulations mean a significant jump from the state’s prior minimum salary threshold of $675 per week/$35,100 annually (which was already significantly higher than the current federal minimum of $455/week or $23,660 per year).  Under the new regulations, the new minimum exempt salary in New York varies based on employer size and geographic location within New York State, and will increase annually on December 31 through 2021, as set forth below: 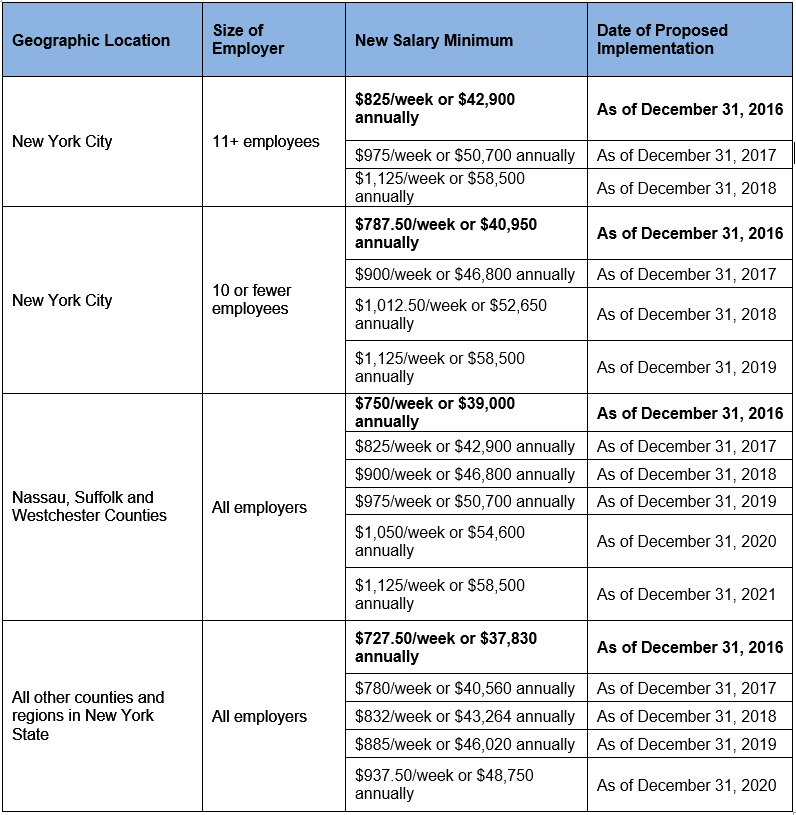 Under California law, the minimum exempt salary for employees is tied to employer size and the state minimum wage.

Through 2022, California’s minimum wage for employers with at least 26 employees will increase annually up to $15 per hour, causing a corresponding increase in the minimum exempt salary, as reflected below:

Employers must immediately determine whether any salaried employees who currently earn less than the new salary thresholds in New York and California must now receive a base salary raise or be reclassified as overtime-eligible.  Moreover, employers must remain mindful each year of the increases to the exempt salary minimums in New York and California, which remain in effect regardless of the possible changes to the federal threshold.

New York and California employers must continually examine employee classifications, particularly among more junior level staff, to ensure compliance with these state laws.   In conducting this analysis, employers must remember to also consider the “duties” portion of the classification analysis.  Meeting the minimum exempt salary threshold alone does not render an employee exempt from overtime pay.  The employee must also perform exempt functions.

For more questions, please contact Jessica Golden Cortes at Davis & Gilbert LLP. Jessica can be reached at: jcortes@dglaw.com; or 212-468-4808.